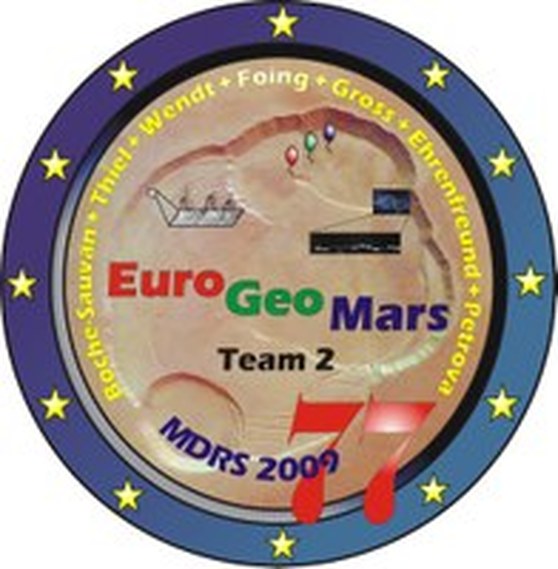 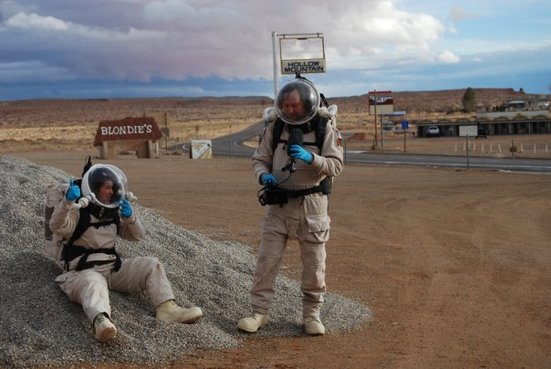 The moon and mars as the creation of a counter public sphere, discussed with moon philosopher Professor Bernard Foing. The Act 5 video research ventured into un-chartered territory. Invited by Foing to participate for a week in Crew 77 the EuroGeoMars Project,  ESA research team. desert of Utah USA. Collaboration with Artist Jeanette Groenendaal;  To act as if we actually ‘Are’ and ‘Live’ in a Mars Simulation Habitat, as an astronaut, as a future subject. Scientists using performance as a method to produces pictures.

The ‘end’ of the archive, we are leaving earth ‘as it is’, by way of a Kantian ‘fresh start’, an Arch of all rational, indefinite trust in the exo-terrestrial future, and the dialectic of domination and exclusion.

The last day of the exhibition (in W139 The Best of Both Worlds) I did audit from this expedition and showed roughly sketched video fragments. 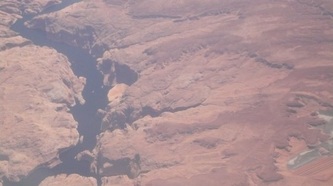 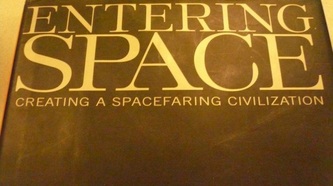 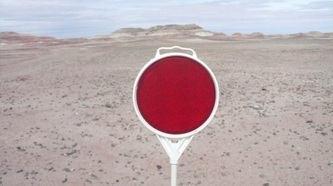 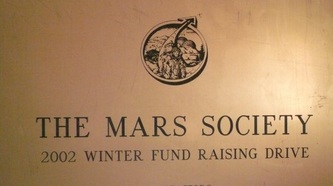 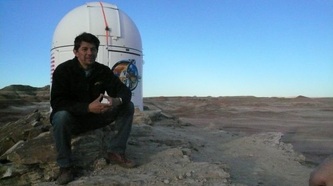 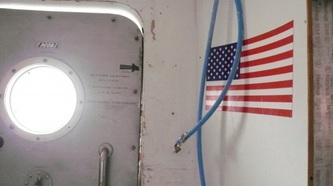 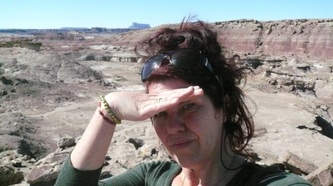 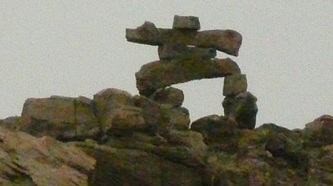 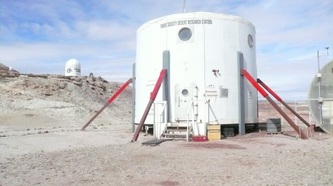 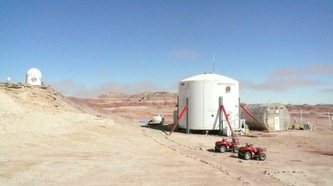 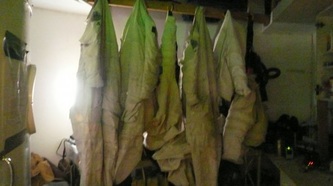 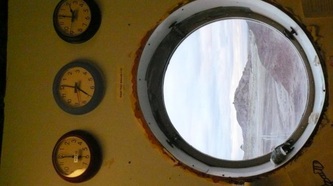 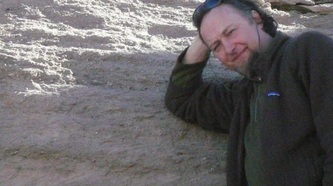 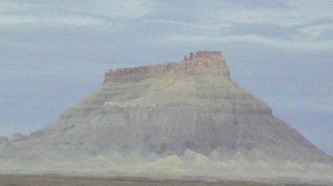 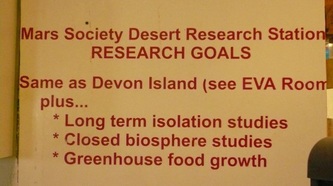 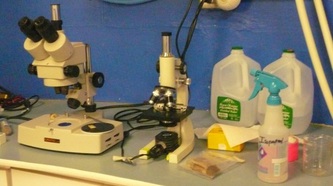 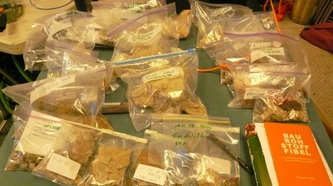 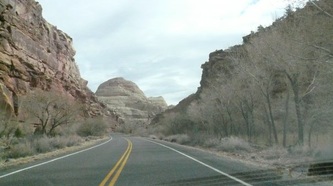 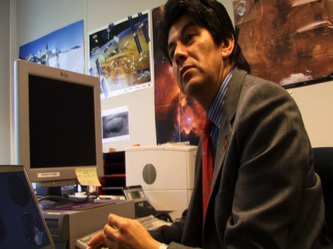 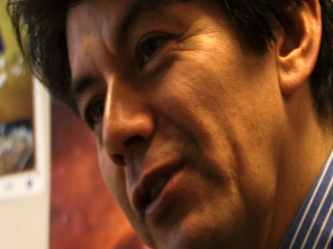 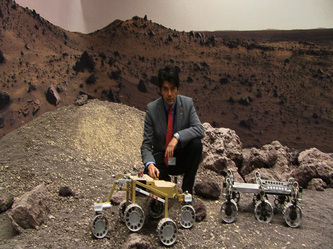 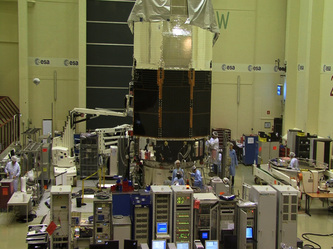 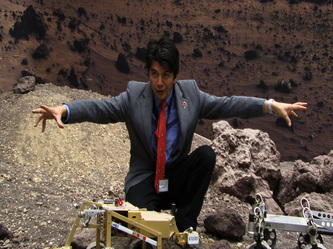 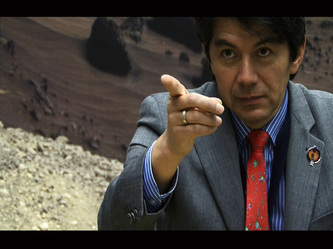 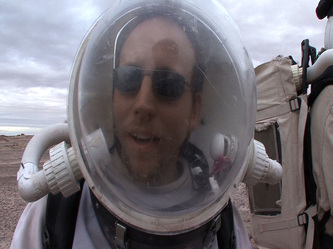 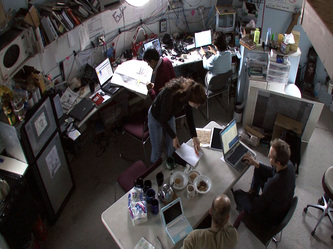 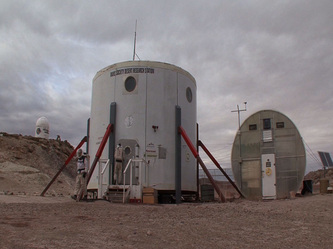 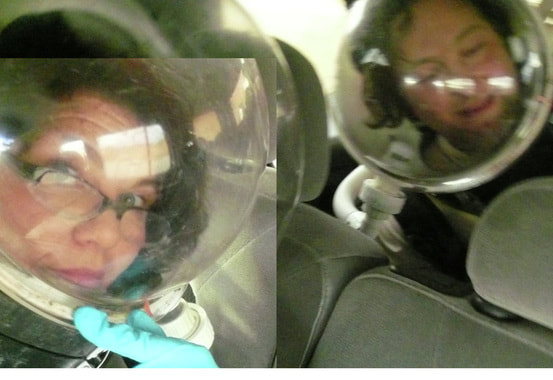