above U tube clip is with Arab Subtitles 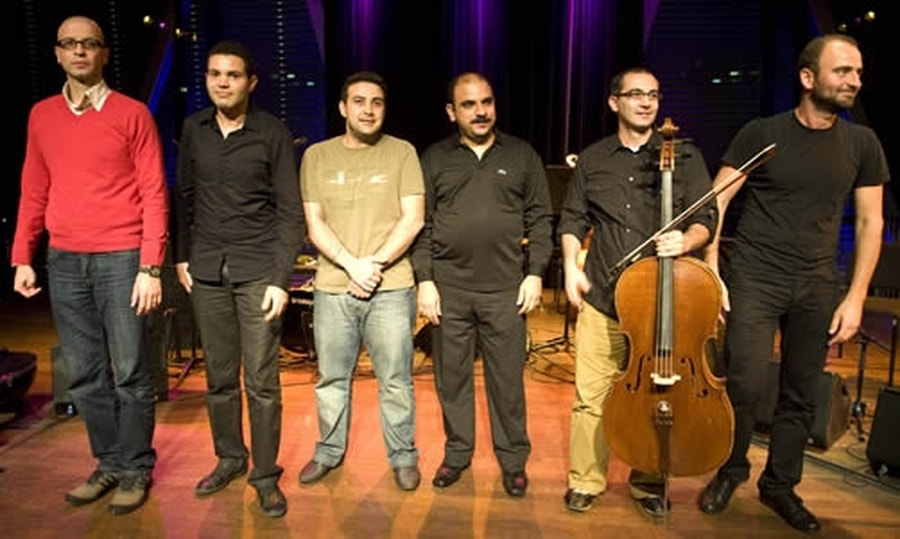 As part of our on-going advocacy work we recently teamed with the Amsterdam located BIMHUIS in organising a concert of the fine Syrian clarinettist Kinan Azmeh and his ensemble, Hewar -  an amazingly fresh offering of Arabic, jazz, scat, opera and classical music. Preceding the concert, we launched the book 'Cultural Policies in Algeria, Egypt, Jordan, Lebanon, Morocco, Palestine, Syria and Tunisia', with an interesting interview session led by the distinguished author Abdelkader Benali.

Director of ECF, Katherine Watson hosted the evening and presented the publication to Abdelkader Benali. The publication is an introduction to the realities of public cultural administration and policymaking  Algeria, Egypt, Jordan, Lebanon, Morocco, Palestine, Syria and Tunisia. It was described by Abdelkander Benali as “an instrument for true change.”

At the same time, the European Commission has published an extensive report “Towards a Strategy for culture in the Mediterranean region”. Ministers of Culture of the Euromediterranean Partnership launched the process in May 2008 with an aim to have a demand driven strategy responding to the needs of the countries in both the public authorities and civil society. Go here to download the report.

The concert and book launch was produced by ECF, Culture Resource (Al Mawred Al Thaqafy), Stichting DOEN and Boekmanstichting as part of our commitment to work across Europe and its neighbouring regions to inspire change through arts and culture. Visit this page for more information on our advocacy work.

ECF is a catalyst that builds bridges through culture. We have long focused on strengthening collaboration within countries, between countries and across Europe.

We will continue to invest in the next generation of cultural organisations and actors in EU neighbourhood countries by helping develop their capacities and build networks through 2010 to 2012. This process aims to enrich Europe by connecting the voices, skills and potential of those who often feel disconnected with the rest of Europe.

Our European Neighbourhood programme works through close collaboration with local partners and involves:

© Ihor Sarchak: Training session for cultural managers, Lviv Our current activities and plans include regional meetings between programme partners and guests from the EU, Russia and the Caucasus, work exchange schemes, and start-up grants for initiatives proposed by participants and their local communities. Our objective is to develop this programme so that it can grow in tandem with future EU programmes in this field.