I was hoping to join the making of an installation with my research material, from the 9 planets and their attributes for rituals. Marijke Besselink got truely inspired with my material and we are now working on the idea to make a vitrine with this idea. Furthermore I have got an invitation to send my ideas to organise a workhop/ lecture/ photo- installation - Rituals in our personal lives - Performing Pilgrimage- - Interest has been shown for the prints of 2GIFT into a final Art-experience /exit of the exhibition.

Personally I think to be around the making of this exposition is very interesting. First thing to do tomorrow after finishing this report is sending proposals and link to this site To Marijke Besselink. ( Tentoonstellingen afdeling Publiek en Presentatie)

I am very happy with the opportunity to work towards a Workshop in the Tropenmuseum for the Study of ritual and the future of ritual as I am Highly interested in reading Richard Schechner ( former dasArts Mentor ! ) and Felicia Huhes-Freeland, but also books like Theory of Religion of Artaud. I wish to spend a day a week at the TIN to develop theory in depth. 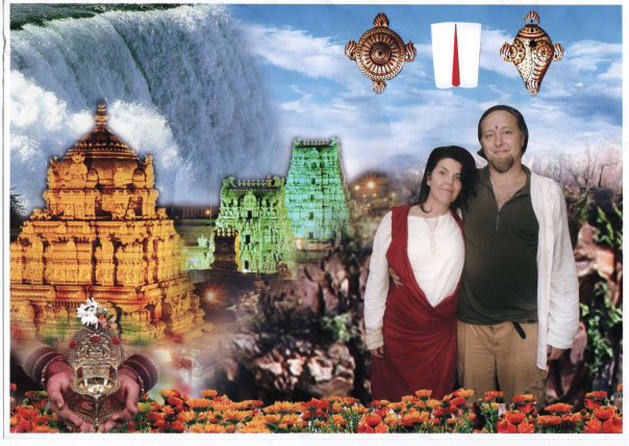 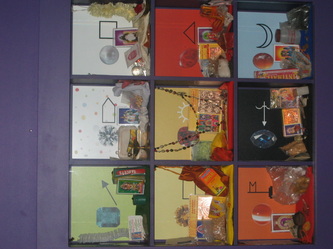 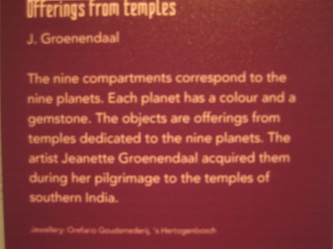 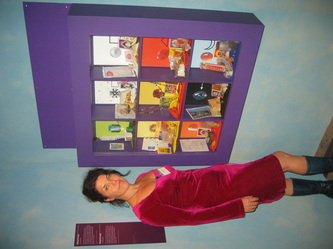 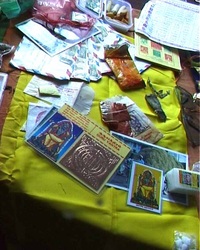 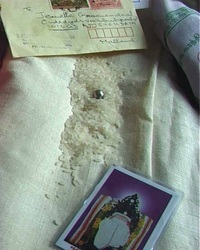 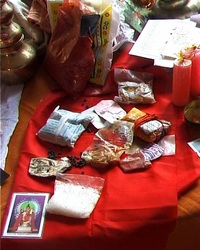 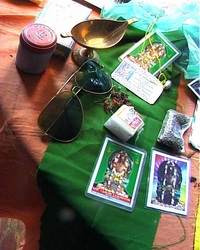 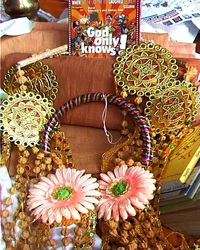 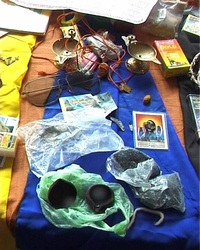 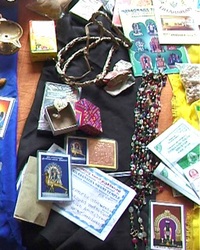 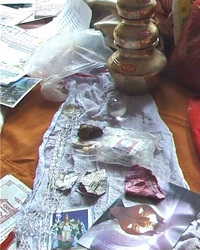 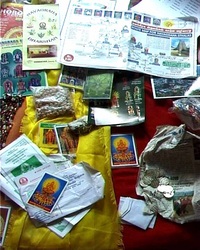 As Far as my memory, collected from 12 years ago could tell, There were these Hindu temples connected to Astrology-the astronomical agenda of the solar system directing rituals for the peoples who thereby are a secret actor in a cosmic play. Parallel worlds on macro and meso levels. Temples structures Reflecting gnostic knowledge of the human body, chacra systems paralel to solar system. An arhcetypical psycology?

Could diving into these rituals bring me closer to understand source drama of human experience? "Mysteries were imbedded in ancient comedies and tragedies, Initiation Rituals. To really understand a work of Theatre one must go back to the roots and investigate the meaning behind each acting."

This ancient form or root of theatre is of a participating nature, Performers or priests merely perform their duty, from centuries back from father to son. Facing the gods so turning back on their audience. Performing an initiated ritual in your name to the god of your choice. Sun on sunday with wheat and lotus flowers for vitality and autonomy, moon on monday for family growth and streaming consciousness, each day of the week for a different fysical/psycological quality.

Were I to discover an essence to the story of the world? Orbital,- or divine choreography choreocosmos? Were not the seven sinnes and the seven malefic or dark sides of the planetgods, pride envy wrath sloth, greed gluttony and lust all connected to these prayer rituals? With their counterparts faith hope, charity, prudence, temperance, fortitude and Justice the object of offering ?

7 angels, 7 colours of the rainbow,7 samourai, 7 sephiroth, 7 realms of plato, 7 ages, a sorrows, 7 seal... Only in Hindu Astology there are 9 planets and since the discovery of uranus we count 10 (all inclusive sun and moon of course) no perfect system but how close does universalim come?

In search for the source of an attitude to work theatre and film stories I wished to develop my insight and vocabulary and travelling a most perfect to observe society from a distance, to be detatched from our own daily rituals and illusionary small world. View the world from a larger perspective.

Was I taking an antropologists point of view or following the roots of a universal knowledge? was I in search for an encounter of my European Cosmopolitan 2005 Hindu new age perspective? (not American commercial new age but European cosmological- gnostic position of free thinking).


After performing ritual matinees for more than a week, We visited temples beyond the symbolical measurement of Solar system. Temples of Infinite Space and Primal Vital Forces. Realising the planetary gods were very intimate and personal, we tried to experience the rituals as if we were the God statues ourselves. Washing and worshipping each other. We bought the ingredients - milk honey- sandalpaste- fruit~coctail- flowers- garlands- loungi - incense- camphor - rice etc. at the local market and made a video film of our mutual initiation.

The next town we ran into a digital fotostudio and produced videostills from 07 hours in the morning (as long as there were not to many clients to confront our narcistic behaviour).

The Next step was a printshop- Color Splash- very close to the temple, we investigated possibilities. We invented a 2x3 postcard present to our gallerist Dirk Vermeulen and from this moment We spent a week in the small printerplace, photoshopping and calculating inches socialising with Indian webmasters and DPT experts. Imagine the pictures you see on the slide show have a format from 1x1 meter to 4x3 meters. Huge! and the great experience of printing that size was only possible because of the bargain. Transporting the pictures back to Amsterdam was a less easily done for the luggage weight was overdone.